Why customer service gets worse as a startup grows

I really like the book The Innovators Dilemma by Clayton Christensen. It talks about how over time companies move into higher revenue segments, effectively abandoning the lower ... (1269)

The economics of startups in asia

Building a startup in South East Asia is viable. But it comes with an additional set of challenges that startups in Europe and the US do not face.Broadly, these would be social ... (780)

nit: About your demo video

A couple of things about what a demo video on the homepage should be like, in my opinion: Reduce pointeless animations A lot of videos go overboard on animations and tra... (140)

In a small consultancy, top performers don't have the highest count of commits and pull requests

A while back, Rahul Thathoo, Engineering Lead at Square, posted an article saying that most top performers had the most commits and pull requests.. Interestingly, that doesn’t a... (903)

nit: The logo on your blog should go to the main homepage

Another one of my pet peeves is when companies have blogs and the logo on the blog leads to the blog homepage.In fact, some blogs don’t even have a link to the company page.Asan... (76)

Original version was built over approximately two weeks to include supplier onboarding and product search. It's continuously been improved upon for the past ~4 years to include a very wide range of features comparable to any ecommerce platform.

Rails with nginx and MySQL. Sidekiq runs the queue, redis is for caching, elasticsearch for search. Front-end was originally Backbone.js but has been migrated to Vue. Stats run off MongoDB.

Originally a 6 figure experiment delivered in blistering 7 weeks became a multi-year project that resulted in 7 figures of enhancements and an on-going relationship with the client.

Rails integrated with on-premise LDAP, running on nginx with MySQL. Vanilla JS with Google Charts. Axlsx and wkhtmltopdf for export.

It's used by the entire teaching staff and all students periodically near the end of semesters. Over the past 6 years over 600k assessments have been conducted by 100k different users. 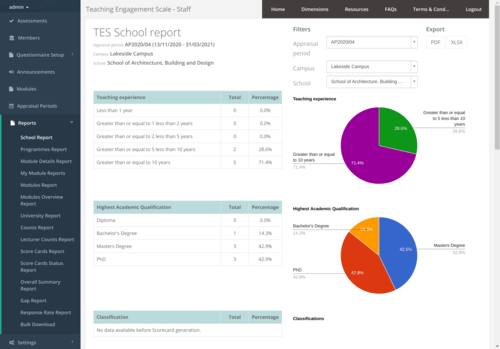