HRM that focusses on usability

Accura is a comprehensive suite for human resource management including leaves, claims, tasks, projects, and automatic payroll and tax calculation.

Accura focusses on usability and special care was taken to make sure that software was polite and usable by a wide range of customers. 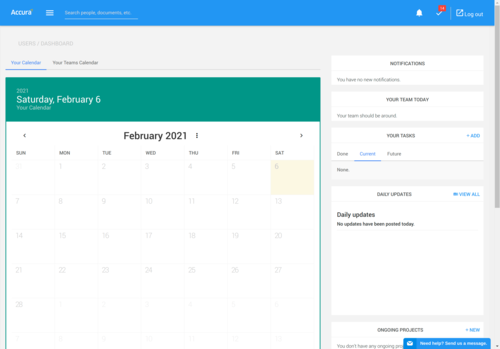 I’m a big believer in polite software. So, here’s an interaction that I think is quite polite.It’s still one of my favorite things I’ve designed. It’s how you’d apply for leave ... (246)

I instituted a UX approach inspired by Polite Software principles as set out in the book Inmates are Running the Asylum. This resulted in a UX that revolves around a calendar and a wizard that allows users to preform actions with as few clicks as possible.

I implemented a flexibility automatic leaves rollover at the end of the year. It includes set up such as being able to set thresholds for how many leaves to roll over, and when they’d expire separate to other leave types. It automatically creates leave balances that are based on grade entitlements while at the same time allowing for manual adjustment.

We implemented an approachable pricing model where the user is never locked into plans of pre-payments. This meant two things: 1. annual plans were refunds at the end of the billing period rather than a discounted up-front rate and 2. rather then asking the user to manually remove inactive users, any user that has not preformed an action within a billing period is considered inactive and is not billed.